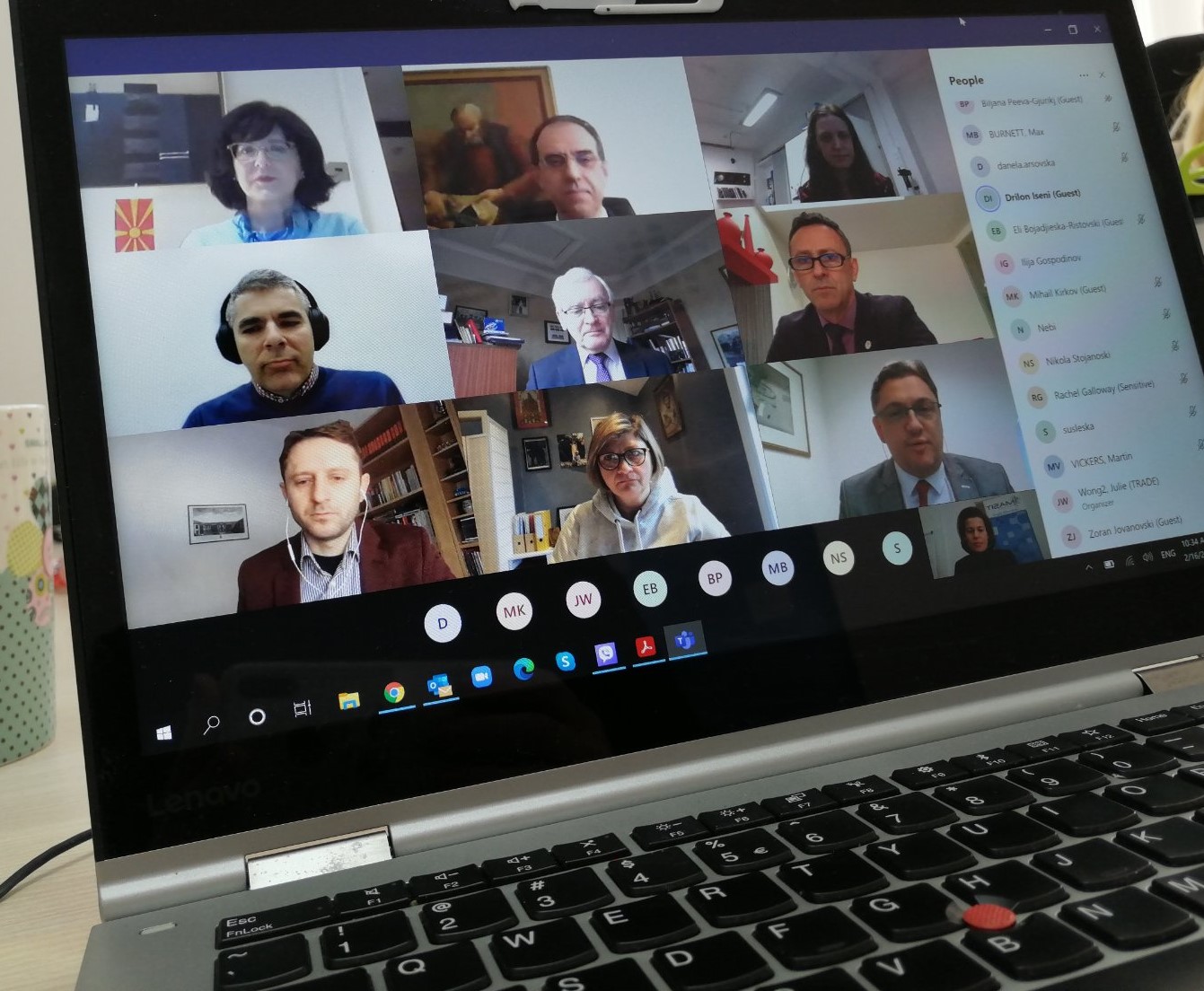 Meeting of the Public – Private Dialogue Platform with Mr. Martin Vickers, Trade Representative for the Western Balkans of the Prime Minister of the United Kingdom Mr. Boris Johnson

Today was held a virtual meeting between senior representatives of the Chambers of Commerce that are part of the Public – Private Dialogue Platform (Mr. Zoran Jovanovski from the Economic Chamber of Macedonia, Ms. Danela Arsovska from the Association of Chambers of Commerce, Mr. Nebi Hoxha from the Economic Chamber Chamber of North-West Macedonia, Mr. Ilija Gospodinov from the Chamber of Commerce for Information and Communication Technologies (MASIT) with Mr. Martin Vickers, Trade Representative for the Western Balkans of the Prime Minister of the United Kingdom, Mr. Boris Johnson and his team.

At the meeting, Mr. Vickers, as the first Trade Representative for the Western Balkans, presented his efforts to intensify economic cooperation with Northern Macedonia and got acquainted with each of the present Chambers of Commerce, their activities and potentials for deepening cooperation between the two countries. , where he reaffirmed the interest of the United Kingdom in deepening economic cooperation with the countries of the Western Balkans, including Northern Macedonia.

Special emphasis during the discussion was placed on possible cooperation in the field of renewable energy, green agenda, information and communication technologies – ICT, potential cooperation on infrastructure projects and opportunities in the circulation of people and goods after Brexit between Great Britain and Northern Macedonia. as non-EU countries.

The two sides agreed to continue talks in order to provide institutional support to Macedonian and British companies to intensify cooperation in the future, find points of common interest and contribute to increasing overall economic cooperation between the two countries.

Register for our newsletter

and get informations from masit